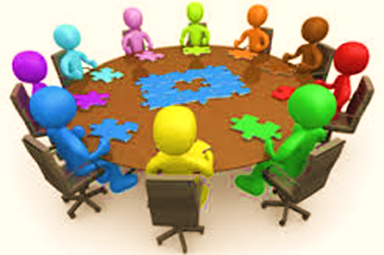 Many problems on projects are the direct result of poorly defined roles and responsibilities. But vagueness over roles can also result in turf wars and hostility when more than one individual believes they have control over an area of project activity.

For organisations using the PRINCE2 methodology, which is inherently flexible, it’s important to remember that when scaling a project some roles can be merged with others, provided that conflicts of interest are avoided. This is especially true with smaller projects where there are far less people involved.

In this article for Project Accelerator I want to look at defining roles in order to avoid the pitfalls that exist at every level of the project. And there’s also a reminder as to some of the responsibilities that tend to get overlooked.

Let’s begin with the most senior tier in the project management hierarchy.

Board or steering committee

The project board or steering committee may be chaired by the executive, but frequently this role is taken by the senior user, also known as the business user. A key responsibility that must be assigned to one of these roles, is overall stewardship of the budget.

The project manager may manage spending, collate information and report against the budget, but they may be a contractor rather than an employee of the organisation. Responsibility for the budget will be with the role that “owns” the budget. For a capital project, this may be the executive. But with an increasing trend for business users to take ownership of projects, the ultimate responsibility for the budget may lie with the senior user or business user.

These managers will be able to guide the project so that it delivers outcomes that are relevant to the business. They have an interest in keeping the project under review and being actively involved in steering it. In governance terms, project boards often have quite significant responsibilities because they have oversight of the project and are therefore in a position to spot problems early on.

Boards should not get involved in managing projects. They tend to meet at monthly intervals so that they don’t become embroiled in day-to-day detail. The boards will discuss and approve proposed changes to the project scope, schedule or resources, escalating these where required. They’ll also review the Risk Log.

Boards may include not just a senior user but also a user representative. In some organisations, this may be a formal staff or union representative, particularly on a project that is making changes to the way employees work and where there is a need for consultation and acceptance.

Because the board has a number of managers, it can resolve problems and issues that the project manager has not been able to resolve. Some boards also include a senior supplier or representative of the principal vendor. They may be invited to attend part of the meeting in order to answer questions and give the board a progress report from their perspective.

The project manager leads the team and is responsible for the practical implementation of the project. This means planning, scheduling and organising the work streams. If there is no user representative at board level, there must be one at team level. Often, a separate user group meets to talk about the project’s work, how the users are involved and their concerns, such as training. Users are often a vital part of the project process, with involvement in user acceptance testing, training, assurance and other activities.

The project manager forms the bridge between the project team and the project board and is responsible for escalating issues and concerns up the chain of command in order to get them resolved at a senior level, whether this be requirement for more budget or unpredicted shortages in resources or time.

Stakeholders and the wider business

Stakeholder engagement and communication activities can be missed or under resourced if they don’t form part of a specific role. These responsibilities need to be assigned to members of the project team because they can have a significant effect on whether the project succeeds or fails. If the project fails to win acceptance with regard to what it is delivering, the entire effort and expense may be wasted.

Engagement with users and the wider business can’t be built overnight at the end of the project. So it’s essential to tell the business what the project is doing, what it will achieve and what benefits it will bring. Offering open briefings to all staff and making sure the project’s corporate web page is up to date can achieve a far higher level of recognition and acceptance.

About the Author: David Baker has over a decade’s worth of experience leading project teams in global projects for infrastructure and internal IT projects. He now works within the training industry for PRINCE2 Training, who provide courses and certification in PRINCE2, Agile, Lean Six Sigma, ITIL, PMP, and Scrum project management methodologies. You can connect with David and PRINCE2 Training on Twitter, Facebook and LinkedIn.