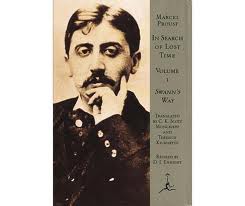 How to Suffer Successfully, is the title of chapter four in Alain de Botton’s first book of philosophy, How Proust Can Change Your Life. The same idea is the theme of The Adversity Paradox by J. Barry Griswell and Bob Jennings.

The Adversity Paradox is full of inspiring examples of people who have suffered major adversity and have used the experience to improve their capabilities and gone on to outstanding success. The knowledge they gained from overcoming obstacles has played such a crucial role in their success trajectories that they now consider adversity to be an invaluable friend.

De Botton takes a more philosophical view and recognises there are ‘bad sufferers’ and ‘good sufferers’. Bad sufferers learn nothing from their adversities and react to them by engaging defence mechanisms that compound the problem such as rage, delusion and arrogance. Successful sufferers, including those identified in The Adversity Paradox, use their adversity to gain a better understanding of reality and by rising to the challenge, create a better future for themselves and others.

Whilst no sane project manager would chose to suffer sufficiently to produce their version of Proust’s In Search of Lost Time, only the most naive would expect their project to run without a problem. Projects and their attendant stakeholders are a potential source of much grief and suffering, all be it at a lower level of intensity; schedule slippage test failures, cost overruns and accidents to name a few.

As identified by de Botton, bad sufferers try to hide the problems, blame others and learn nothing. Ethical and effective project managers accept their suffering and use the experience to grow their knowledge and capabilities. Quoting Proust, “Griefs, at the moment when they change into ideas, lose some of their power to injure.”

No one likes a project that fails! However, it is only when you are experiencing the pain of failure, the opportunity to learn from the failure opens up. By using the opportunity to maximise the lessons learned, you minimise the potential for similar problems in the future. The cost of the failure is the coin by which future gains are purchased. The difficulty is developing the level of understanding needed to really achieve valuable lessons learned; finding the ‘cause of the cause’. The second more complex challenge is ensuring the lessons learned are transferred to the organisations store of knowledge and available for others to use and thereby avoid unnecessary pain and suffering.

De Botton suggests being a ‘good sufferer’ does not entail subscribing to the Romantic cult of suffering for its own sake, rather making practical use of the occasions when suffering is unavoidable to create new insights and grow in capability or knowledge. Our addition to this basic idea for the practicing project manager is to then make sure the lessons learned are effectively distilled, recorded and made available to others for the future benefit of the organisation and the profession.

Organisations need to ‘suffer too’
As with individuals, organisations cannot learn from failures if their people do not discuss and analyse them – the learning that is potentially available may not be realised unless thoughtful analysis and discussion of failure occurs. Unless a deeper analysis of the failure is conducted, it is difficult to learn what needs to be corrected.

On a larger scale, the U.S. Army is known for conducting After Action Reviews that enable participants to analyse, discuss, and learn from both the successes and failures of a variety of military initiatives. This analysis can only be effective if people speak up openly about what they know and if others listen, enabling a new understanding of what happened to emerge in the assembled group. An example of effective analysis of failure is found in the meticulous and painstaking analysis that goes into understanding the crash of an airliner, or even relatively minor failures such as the batteries in the Boeing Dreamliner. Hundreds of hours may go into gathering and analysing data to sort out exactly what happened and what can be learned. Compare this kind of analysis to what takes place in most organisations after a failure.

The simple fact is social systems tend to discourage in depth analysis of failure.

The consequences are people tend to be more comfortable attending to evidence that enables them to believe what they want to believe, denying responsibility for failures, and attributing the problem to others or to the system. Rigorous analysis of failure requires that people, at least temporarily, put aside these tendencies to explore unpleasant truths and take personal responsibility. It requires a spirit of inquiry and openness, patience, and a tolerance for ambiguity.

Formal processes or forums for discussing, analysing, and applying the lessons of failure elsewhere in the organisation are needed to ensure that effective analysis and learning from failure occurs. Such groups are most effective when people have technical skills, expertise in analysis, and diverse views, allowing them to brainstorm and explore different interpretations of a failure’s causes and consequences. Because this usually involves the potential for conflict that can escalate, people skilled in interpersonal or group process, or expert outside facilitators, can help keep the process productive. Some understanding of system dynamics, the ability to see patterns, statistical process controls, and group dynamics can be very helpful.

Benefits of analysing failure
In addition to the technical aspects of systematic analysis, discussing failures has important social and organisational benefits.

If an organisation can identify and analyse failures effectively, and then learn from them, it may be able to retrieve some value from what has otherwise been a negative result. But as Thomas Edison pointed out “Only if the failure is the result of careful process – the best thought and work we are capable of – can one reasonably assess the reason for failure and thereby learn something of value”.

There’s one last challenge – having learned the hard lessons, organisations and individuals need to make use of the knowledge… for more on this see our White Paper: http://www.mosaicprojects.com.au/WhitePapers/WP1004_Lessons_Learned.pdf

All I need is a PPM tool and a PMO, right?