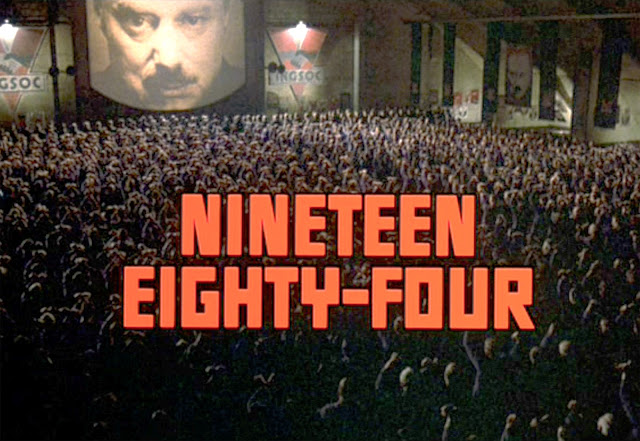 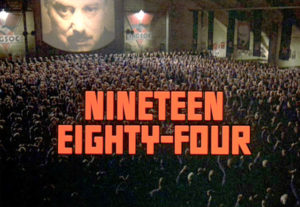 Last year I went along to see Headlong’s stage adaptation of George Orwell’s masterpiece ‘Nineteen Eighty-Four’ (at the Melbourne Festival); which started me thinking………. The way words shape people’s thinking can be very powerful. This power can be used for both good and bad and is an important element in effective communication. Oratory and rhetoric are generally seen as positive motivational and persuasive skills; propaganda as the ‘flip side’ focused on misleading and creating ‘false truths’. The question is, can project professionals learn to use these skills to enhance their stakeholder engagement activities; and is this ethical?  My feeling is that the ability to persuade stakeholders to help you be successful is a positive skill and is ethical provided the skill is used for the greater good.

We can learn from the black arts of propaganda showcased in 1984 and turn them into assets to enhance our communication and stakeholder engagement activities; but only as long as the ‘dark side’ of this powerful capability is understood and avoided as well.

Orwell is famous for two novels, ‘Animal Farm’ published in 1945 and ‘Nineteen Eighty-Four’ (1984) published in 1949. Both were focused on the evil of totalitarian regimes, but 1984 goes beyond politics to look at the process of manipulating the way people think, or more precisely, how to use language to stop people thinking. Paradoxically, ‘The Principles of Newspeak’ are defined in an appendix to 1984 (and therefore few people read it), but reading the appendix reframes the whole book.

The importance of Nineteen Eighty-Four as a classic 20th century novel can be measured by the number of its terms and concepts that are still part of our language today such as Big Brother, doublethink, thoughtcrime and thoughtpolice; as well as the adjective Orwellian, which describes official deception and manipulation by the state.

What I find fascinating for a novel published in 1949, is the parallels between Newspeak and modern adaptations of language, particularly SMS, and the intentions of Newspeak to control thinking, a concept that has recently come to the fore in range of studies – language really does change what you see and how you think[1].

The purpose of Newspeak was not only to provide a medium of expression for the world-view and mental habits proper to the devotees of Ingsoc*, but to make all other modes of thought impossible. It was intended that when Newspeak had been adopted once and for all and Oldspeak forgotten, a heretical thought – that is, a thought diverging from the principles of Ingsoc – should be literally unthinkable, at least so far as thought is dependent on words.

* Ingsoc: The philosophy of The Party, run by Big Brother.

Fast forward to the 21st century and look at any typical SMS!  TMI – KHUF! (translation: Too much information – Know How You Feel).

The question posed by 1984 in the modern paradigm is does this reduction in language seen in many emails, SMS messages and the jargon of technical writing contribute to quicker communication to more people or take us down the road of Newspeak and prevent constructive thinking outside of the narrowly defined language?

One of the big differences is that Newspeak was designed to eliminate creative thought, the language of SMS and other technical disciplines is organic and owned by its users; but is this difference enough to prevent the elimination of ‘creative thought’ and innovation by restricting the language – particularly to stakeholders outside of the ‘in-group’.

Conversely, one of the ideas in Newspeak that may be adapted to a positive use is the way entities are named, what if we changed the name of PMOs to SPEs – Successful Project Enablers?  If the SPE staff actually lived up to the name and helped projects under their control to be successful wouldn’t that be good?  Change the name of the ubiquitous ‘monthly report for July’ to a ‘report on achievements in July’; does this move the document from ‘boring’ to ‘interesting’??

We know that what things are called affects people’s expectations, a fact not lost on Big Brother, but the concept can be equally useful if used positively to encourage success…… or is this too much spin?

What do you think?