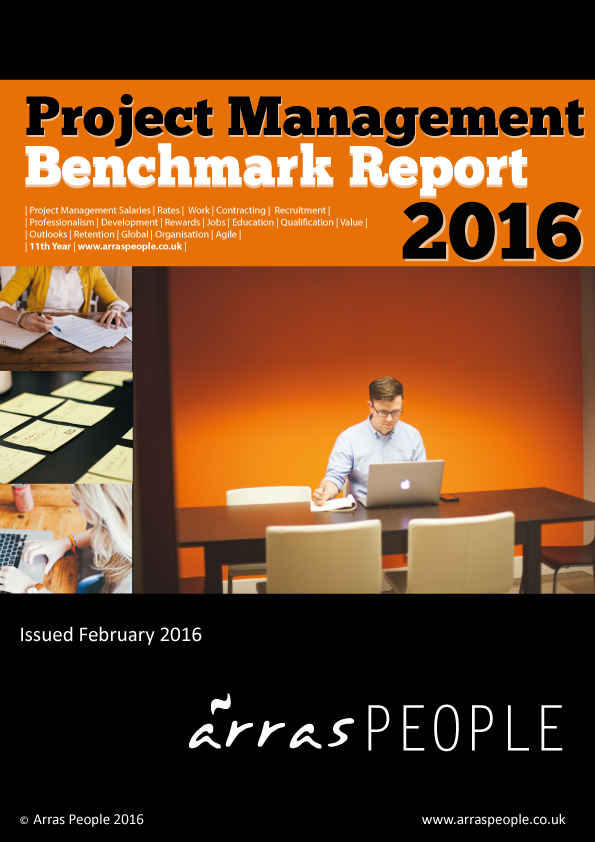 Having entered 2015 with some green shoots of recovery after ‘the great recession’; further global impacts appear to have stunted some of the optimism and growth as issues in China, the EU and the impact of the war in Syria all played their part. On the upside low inflation and falling oil prices meant that even with low pay rises most of the respondent’s maintained their standard of living.

Against this backdrop, Arras People have once again taken the opportunity to take the temperature of the Project Management domain in the eleventh annual Benchmark Report.

Some of the highlights of the PMBR include;

John Thorpe, Managing Director of Arras People commented, “Once again we have had great support from the Global Project Management community which has enabled us to create this highly respected report on the project management profession.”

“The current report underlines the fact that programme and project management is still evolving and facing more challenges as new techniques and technologies are introduced and championed in the workplace. Agile approaches are very much in the news, though it too does not appear to be the ‘silver bullet’ which will guarantee project success. People, the most important ingredient in the successful delivery of projects are also offering a challenge as we look to integrate the Millennial’s in the workplace alongside the Baby Boomers and those of GenX and Y. Different outlooks, character traits and expectations all add to the challenges of integration as does the desire of the younger generations to move away from ‘command and control’ to one of empowerment. The perceived lack of a return on investment from the millions of pounds spent on the old ways certainly leaves the door open to the new ways of thinking. All of which makes PPM a great melting pot of ideas and initiatives, a great place to be”

>>The full version of the report can be downloaded from the Arras People Website.