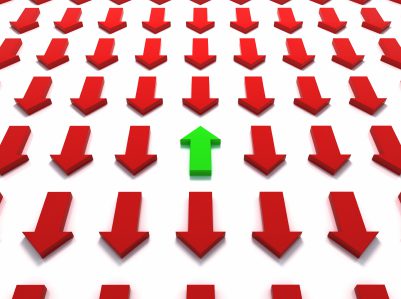 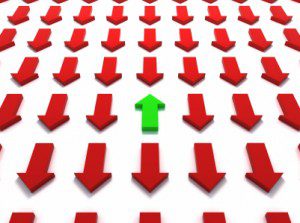 In companies that are obsessed with politics and intrigue, project managers rarely fix issues and are more likely to spawn new problems that weigh heavily on the organization’s ability to serve customers and respond to market trends. This is because most project managers in such organizations avoid thinking about the political dimension of problems. For them problem solving is apolitical and necessitates issues to be understood and analyzed, root causes identified and validated, and initiatives developed and implemented that eventually result in workable solutions. The solutions— by and large—are delivered in the form of processes and governance models, roles and responsibilities, training in project management methods, automation etc. Problem solving in this manner always conforms to the politics of the company or what I like to call the “corporate order”.

No matter how hard project managers try to fix problems, the corporate order always ensures that facets of the solution they deem threaten their interests are either lobbied away or sufficiently diluted before the green light is given for implementation. Even the implementation of the solution is not secure from the prying eyes and ears of the corporate order. If they discover that red flags can expose their incompetence or heap embarrassment upon them, project and operational reports are skillfully manipulated to steer initiatives into paralysis or the initiative is given a death blow.

In such environments problem fixers— executives, program directors, project managers, line managers etc— quickly learn to mould their thinking to accommodate the interests of the corporate order, even if it is detrimental to the corporate interests. Subsequently project managers spend huge amounts of intellectual capital, invest considerable money and exert much effort in producing and delivering solutions that are fundamentally flawed both in scope and application. From the outset the purpose of such solutions is to maintain the status quo i.e. keeps the executives that preside over the corporate order in power. Project managers are only permitted to solve those problems that enable the custodians of the corporate order to meet their performance targets and maintain good relations with the board.

Project managers who adhere to the purity of their thinking and are sincere to the corporate interests find it extremely difficult to conceal their frustrations in such working environments. They often clash with the interests of the corporate order—many do so with a poor understanding of the political situation. In the end—depending upon the level of seniority and political influence—they are either brow beaten into submission, contained but isolated or their employment is terminated. This usually happens after a lengthy war of attrition—often disguised in business jargon, so that unaware employees do not become suspicious and can be used as pawns in the ensuing power play—and the company’s resources, money and time are wasted in such pursuits.

Those project managers that survive the onslaught are intellectually scarred and find it difficult to even attempt to solve future problems. They procrastinate fearful that their intelligent solutions will be rejected by other employees who work under the shadow of the corporate order. Such project managers very quickly lose credibility and relegate themselves to problems they cannot solve.

If project managers truly want to solve problems in politically charged companies, then they must frame the problems in the context of the corporate order. But to do so, they must excel in three areas.

First, develop a firm understanding of the corporate order and its political influence on the entire company.

Second, learn to think politically and not intellectually. Unlike intellectual thinking, political thinking has no rules. Its source is the statements and deeds of those who engage in politics at work. Techniques such as generalization, modeling and analogies rarely work to uncover or counter the motives and plans of the corporate order. Conversely, the corporate order is apt at exploiting such techniques to imprison project managers in their thinking thereby rendering them impotent. Hence, it is incumbent upon the project manager to build a profound understanding of all the major players at work, their domains of influence and how they maneuver politically to safeguard their interests. In sum the project manager needs to possess a crystal clear picture regarding their personal political plans and actions.

To produce effective change the project manager must expand the support base to include other executives willing to spearhead the cause, and then challenge the corporate order until it is reformed or reconstructed. This is a high risk strategy—failure will certainly be a career-ending move for the project manager, but success will usher in an era of genuine problem solving and propel the company to new heights.

About the author
Abid Mustafa is a seasoned professional with 18 years’ experience in the IT and Telecommunications industry, specializing in enhancing corporate performance through the establishment and operation of executive PMOs and delivering tangible benefits through the management of complex transformation programmes and projects. His experience has been gained in industries as varied as utilities, telecoms, financial services, transport, and education, working for several blue chip companies such as Centrica, London Underground, British Telecom, Oracle, Enron, Logica, and Wateen. Currently he is working as a director of corporate programmes for a leading teleco operator in the MENA region.