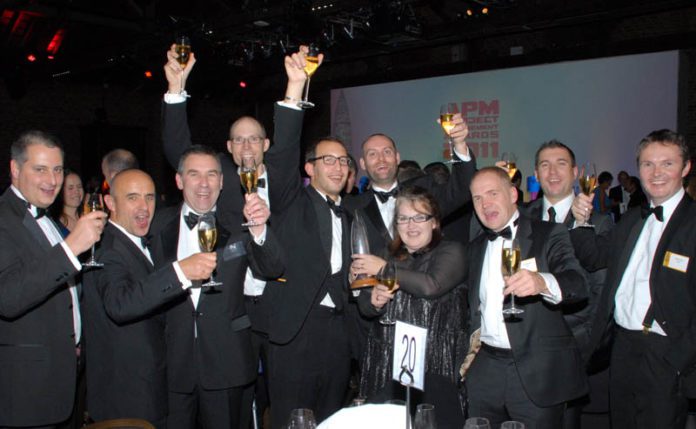 As APM is celebrating its 40th anniversary this year the APM Awards on 1st November will be even bigger and better, in every sense of the word. Not only will a more glamorous and exciting event mark the milestone year for APM, but there is an extra opportunity to walk away with a trophy as a brand new award category has been added to the night’s proceedings.

The Shell HSSE (health, safety, security and environment) Award is designed for an individual practitioner, project or programme that has made an outstanding contribution to embedding an HSSE excellence culture in their organisation or project. The global oil and gas major worked with APM to create the new award category for 2012 as HSSE is at the core of Shell’s ways of working. They believe that if something isn’t safe, work stops until it is.

Drew Green from the Shell Project Academy, corporately accredited by APM for their career development programme, outlined how important HSSE is. He said: “HSSE is a top priority for Shell. It is our ‘licence to operate’, so if work cannot be done safely, it should not be done at all. If a project does not meet our high health and safety expectations then it’s a failure no matter how well it has performed against other measures like cost or schedule.”

Shell feel that visibly and publicly rewarding HSSE performance at the APM Awards, which is open for submissions until 29th June, encourages the right behaviours in their own people and those that work with them throughout the supply chain. Drew added: “We want people who want to work to the highest HSSE standards, not just because they have to. The Shell Goal Zero Aspiration shows how important it is to us as a company. HSSE is also a significant element in our company performance score card – that ultimately sets the level of reward we get.”

Andrew Bragg, chief executive of APM, said: “APM is delighted that Shell should have chosen the APM Awards as the natural project management showcase for celebrating success in embedding an HSSE excellence culture within an organisation or project.”

Entries to this new category should show the results that can be achieved with commitment to and requirement for HSSE excellence in projects. This is an all inclusive award and entries are welcome from any sector and any size of project, commercial or non-commercial. The key expectation is that true passion for HSSE excellence translates into continuous improvement in projects.

Shell has partnered with APM in celebrating project management success as they believe successful projects are the lifeblood of their business and of society as a whole. Drew concluded by saying: “We believe that celebrating success not only rewards those who perform while encouraging others to follow, it also demonstrates to the communities we work in that we are a partner of choice because of our professionalism and performance.”

There are only just four weeks left to enter the APM Awards – deadline is Friday 29th June – be a part of the celebrations and submit your entry today.