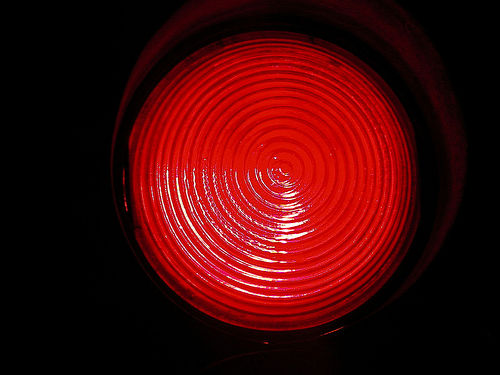 Failure is not an option

Quite often raising a red flag is seen as an admission of failure on behalf project manager take it personally. Now one likes to admit that there are personal failure. And therefore project manager will do everything that they can do to not raise the flag. Several situations can get a very can do culture and people go around saying things like “failure is not an option”, “if you can’t manage the project will find someone who can” and “this project absolutely has to be delivered on time”. This is of the result of arbitrary dates and deadlines their set without any relevant planning or reference to the resources available. I remember one person telling me that an objective was separate project by CEO because I happened to be the day he was going on holiday and he wants the project finished so they could enjoy his break. These are arbitrary deadlines and dates whilst there may seem like a good idea instil a culture of of blame and fear which prevents people from producing honest progress reports.

a cultural slippage happens in complex projects and programmes where more than one project is required to deliver in order to complete the overall project objectives. Here we can ignore the fact that things are going late provided our project is not the last project to deliver the goods needed for the total programme. Provided somebody else’s later than us then we can keep the green light on even if the project is Red because we know somebody else as an even later project.

Head in the sand

Sometimes it’s best not to share an honest appraisal progress and hope that everything else will change around the projects so that delays and overspends will be lost in the force of time. This is especially true when projects have poorly defined scope or deliverables. Then as possible the project my complete part of its scope within the agreed timescales but without flagging up any red issues. By ignoring issues and not pass them on to senior managers we hope that the project may actually deliver something within the expected timescales. With a look no one will notice that the full scope hasn’t been delivered until it’s too late and the project teams moved on something else.

So would discuss the reasons why project managers might want to keep projects in the green when they are truly red but what can organisations do to encourage open and honest reporting of project status. Solutions are simple to name but more difficult to implement. They include

Defining clearly what is meant by each traffic light

If the priorities for each traffic light not clearly defined then the ambiguity makes it more difficult for the project manager to know whether their project is red or not. A simple percentage scale for the time and cost overruns can help give clarity to what represents a red project. Without these definitions then no one is quite sure what red means never is best just to avoid the whole topic.

This is more difficult, because a red flag is bound to generate some emotional response from senior managers first time is raised. However project managers need to get used to this negative response and with the conversation quickly on to what needs to be done in order to improve the performance of the project. Moving to solution may quickly demonstrates the project manager not only understands the problem but also has a clear set of actions required by the organisation to bring the project back under control. Raising the flag enables a project manager to get the senior management leveraged needed in order to implement these actions.

Asking people to mark their own homework is never a good idea without some external peer review or evaluation. The same applies to status reporting projects should be subject to routine assurance and audit to check that the reporting structures are producing accurate indicators to senior management. In the same way that the order to set of accounts which we also auditing the performance reporting used for projects to ensure it is accurate and prudent. In this way senior managers can generate confidence in reports that they receive and know that they truly reflect the state of the projects in the portfolio.