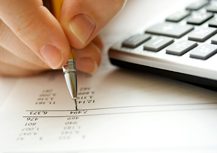 What usually makes someone a “good” project manager is their experience, the fact that they have made mistakes and learnt from them in a real project environment and that they have achieved success in a real project environment. Experience on a range of projects and, most particularly, on complex projects can never be under-estimated. But neither can the right sort of academic qualifications and relevant training. A project manager with the right credentials, such as one with a PMP Certification, is not necessarily better at leading and directing projects, but the qualification itself is an indication of how serious that person is to be recognised as a professional. That in itself is an indication of drive and determination to succeed which are qualities that are far more likely to contribute to a successful project as well as to a successful career.

Of course, it is true that some organisations actively encourage their employees to become certified, and some even insist on it. They provide the opportunity, the funding and the time away from the office to achieve this. Some companies even offer salary rises for people who gain the PMP Certification. But there are also many smaller, successful organisations which do not place so much emphasis on these industry-recognised credentials which may be for cultural reasons or simply a lack of training budget. That may, however, be changing as project management moves more towards being recognised as a profession in the way that accountancy and law are with their emphasis on qualifications and continuous professional development.

There are many experienced project managers who would argue that they have proved their worth with academic qualifications and other relevant qualifications over the years of their careers, not to mention their extensive experience so why would they be interested in yet more credentials. Well one reason is that of continuous professional development and another, perhaps more important, reason is the advantage when it comes to enhanced career prospects.

So why is it worth obtaining a PMP certification?

The PMP certification is an indication to a new employer that you have the proper amount of relevant experience and training and have a good enough understanding of the PMI Body of Knowledge and more general project management principles to pass the exam. The stringent pre-requisites to the exam mean that this is not just a paper credential – you can only take the exam if you can demonstrate that you have between 3 and 5 years of practical experience running projects.

So the fact that many employers place such a significant amount of weight on this credential is understandable. Many organisations do not even interview people without this designation, which may be unfortunate for the many highly successful people who previously did not have the need for this type of credential. For example is a project manager with a bachelor’s degree and a master’s degree and 10 years practical experience a less suitable candidate than one with only a bachelor’s degree and 3 years experience but also PMP Training? Some employers might think so but it would be encouraging to believe that, in a professional world, employers can see beyond certain credentials. Nevertheless, as times change in the project management world so too must project managers.

So, quite simply, project management courses that lead to internationally-recognised credentials such as PMP Certification, APM PFQ and the other APM credentials are worth the effort. They draw attention to your CV and get you in the door for the all-important interview where you can impress a prospective employer with your knowledge and previous experience.

How do I become a Project Manager?